Forging is a manufacturing process, which will involve pressing, hammering, or rolling of a certain type of metal, using a press, hammer, or a die. Usually, the metal will be heated and moulded into a desired shape, but the forging process can also be carried out at room temperature.

The history of forging

The trade of forging dates back to at least 4000 BC, some even argue it started way before this and predate it back to 4500 BC, making the forging process at more than 6000 years old.

In the very early stages of mankind, fire was feared because of its destructive power, but once it was controlled it was realised that this power could be useful, initially it was used to scare away animals that may attack, cook with, and provide warmth.

Once they got used to the power of fire and its uses, it was found to be a useful resource and it was experimented more with. Metals such as copper, gold and silver could be heated and shaped using the fire and rocks.

The first metal that was forged

Gold was the first metal to be forged, using a stone to bash it into a desired shape. Technological developments today ensure the bashing is now controlled by computers that controls the hydraulic hammers, the forging process is improving all the time and we are excited to see what the forging future holds. 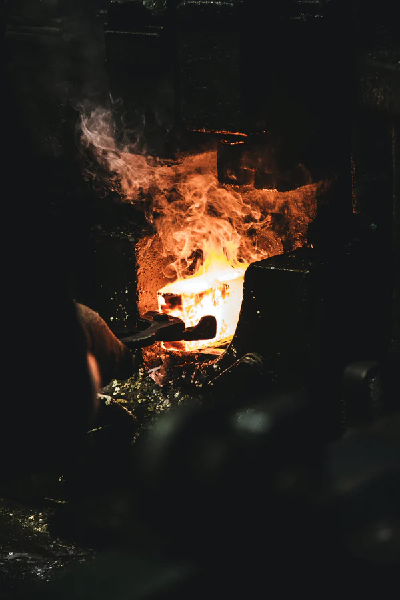